About our Class Instructors:

SHOLO BEVERLY is an artist working in mixed media, inspired by the organic shapes in nature, and the visual stimulation of the female body and energy. With a concentration in mixed media, Sholo is a vessel of intuitive creations.  "I am currently a mixed media artist that draws inspiration from the female body and the organic shapes in nature. I have learned embracing my mistakes make for a better understanding of what the universe wants for my art. I am fascinated by emotions of space caused by outside disturbances. I am in wonder of every changing aspect of nature to being a human. Studying at Columbia college and SAIC I quickly realized you do not need to go to school for art. I rebelled against rules of technique and styles, to develop my own. I am a fashion junkie for textiles of patterns, and creating utopia environments visuals art. " 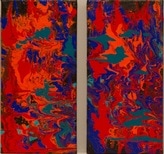 STEPHANIE BIENIEK started working with colored pencils 15 years age drawing flowers and birds.  In 2001, while taking a class at the LaGrange Art League, an abstract style emerged in her work. Throughout the years she has taken various classes at the LaGrange, DuPage, and Oak Park Art Leagues as well as at the McCord Gallery and Cultural Center. She also works with water based oil paints and fluid acrylics. www.artbystephie.com

NANCY BUIS has been exploring watercolors and its endless possibilities since her teens. She studied watercolor at the School of the Art Institute of Chicago with Alain Gavin and at the Palette and Chisel with the late Irving Shapiro. She also enjoyed a watercolor painting group and exhibits for many years with Lenox Wallace, Kathleen Newman, and Marlene Boonstra at The Center in Palos Park, IL. Nancy has exhibited during the Peninsula Art Association Hardy Gallery annual juried exhibition in Door County, WI, and was represented by Art Independent Gallery in Lake Geneva, WI. Her work is in many private collections.

​MICHAEL CARROLL was born and bred on the Southwest Side of Chicago, Michael studied for the priesthood at Quigley South and Niles College before receiving his BA  in studio art from Loyola University of Chicago. Opting for an art career rather than the ministry, he worked as a freelance artist for many years before discovering the Book of Kells and realizing the possibility of reviving the art of the Celtic monks.
Michael's work was also featured in London at the 2001 UK exhibit Celtic Art: An Exhibition of the Artform.  In 2015 Carroll received the IBAM Visual Arts Award (Irish Books, Arts and Music), and since 2018 has been Celtic Art instructor at the Irish American Heritage Center in Chicago.

KELLEY CLARK lives outside Chicago with her husband and three young sons. She teaches wildlife painting and introductory drawing classes at the La Grange Art League, where she exhibits regularly. She also works as a freelance graphic designer.
Kelley was steeped in nature and design from a young age. Raised on the edge of a canyon outside San Diego CA, the walls of her childhood home were papered with drawings by her architect father, who taught her the power of the sketch and the importance of good design. Kelley went on to earn a BA in Cinema-Television from the University of Southern California in Los Angeles. She worked as a draftsman for an architectural firm before moving to Chicago and signing on with an animation studio, where she worked for six years before starting her own design and fine art business.  www.kelleyclarkfineart.com 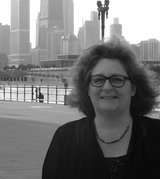 CHARLOTTE CZIPERLE is a professional artist living in the western suburbs of Chicago.  She paints landscapes and organic abstracts using both traditional oil and oil & cold wax.  Painting plein air in local nature preserves is where she finds her inspiration.  She has won numerous awards, been featured in Southwest Art and American Art Collector magazines, gallery representation, and her paintings are collected nationally. She is an Associate Member of Oil Painters of America and active in local art leagues. 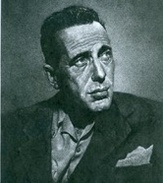 TONY CRNKOVICH is a commercial artist whose love for drawing began at an early age. He began his formal art training with the Art Instruction Schools in Minneapolis, Minnesota, and later he attended The American Academy of Art in Chicago earning an Associate's Degree in Graphic Art. He specializes in portraiture and in depicting the human form, and has illustrated book covers as well as interiors for children's text books. Among Mr. Crnkovich's many commissions is "The Sound of Music" collectible plate series for Knowles China. His versatility in both subject matter and media has served him well in the field of art instruction.

​LAURA LEIN-SVENCNER is a signature member of the National Collage Society, co-founder of the Midwest Collage Society, which exhibits throughout the Midwest Chicagoland area. She has won many awards for her work which are represented at Woodwalk Gallery Egg Harbor WI, and The Paramount Gallery in Aurora IL. Her works have been published in Incite 1, 2, 3 and 4 of North Light Publishing, Somerset Studio Magazine, Cloth Paper Scissor Magazine, The Professional Artist Magazine, The Artists Magazine and The Watercolor Artist Magazine through the years. She continues her second love of teaching the fine art of collage in class settings, workshops and online for the past 19 years. 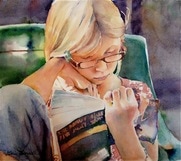 MARIE MURRELL, a figure and portrait painter in watercolor, my work has been influenced by Peggy Taylor, Andrew Wyeth, Charles Reid, Dean Mitchell, Ted Nuttall, and Lenox Wallace.  I work almost exclusively in watercolor, attempting to catch the inner person, emphasizing line, form and color. There is nothing more magical and mysterious than putting pigment and water onto paper and watching it combine into a glowing, translucent being of its own. My work was exhibited at The Transparent Watercolor Society of America’s 2011 Juried Exhibition, The Illinois Watercolor Society’s 2013 and 2014 exhibitions, The LaGrange Art League,  and is on display at Hammer Boutique in La Grange, IL and in private collections throughout the United States. mariemurrell.com

ROBERT PENNOR: After graduating from the Art Institute of Boston with a major in illustration Robert moved to Connecticut and opened Pennor Associates specializing in technical and architectural illustration. He obtained assignments from Advertising Agencies and Architectural Firms in Connecticut and NYC. Many years later he moved to Chicago land and has been a professional landscape painter and teacher for the past twelve years. http://www.robertpennorgallery.com/ 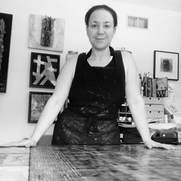 SARAH E. REHMER holds a Bachelor of Arts degree in Graphic Design and Photography from Dominican University in River Forest, IL. She is also a member of LGAL, and FUSEDChicago. Her work has shown at galleries around Chicago, from East Rogers Park to Bridgeport, and in Georgia, New Mexico, Massachusetts and Italy. In 2012 Rehmer was awarded an Illinois Arts Council Professional Development Grant. Her work is held in institutional and corporate collections in Illinois and New York as well as privately around the country. Her work can be seen at www.rehmer-studio.com

ARLENE SALAMENDRA is an oil painter at heart. For over 35 years, she developed her work into an emotional combination of realism and surrealism as she tells stories of human and social concerns. She also enjoys exploring and creating three dimensional works of art using wood, silk, paper and beads. ​

As a Life Enrichment Assistant in a senior care center for 11 years, Arlene produces art programs which provided the residents with the therapeutic benefits of self expression and creativity.

CARMELO SCHIFANO  has a MS Degree in Education and many additional collage credit hours in various studies including school administration. He has taught painting, drawing, drafting design, art and wood working for over thirty years. He has attended many painting workshops by well known artists such as Frank Webb, Tony Couch, Don Andrews, Terry Madden, Tom Lynch and Jean Grastorf. He is a certified Terry Madden instructor.

JULIE SKODA holds a Bachelor of Fine Arts degree in Graphic Design from Baylor University. She is a signature member of the Chicago Pastel Painters and an associate member of the Pastel Society of America. Her work is in private collections nationally and available at the La Grange Art League. To see more of her work go to www.julieskoda.com

CAROLE WILSON  has worked with Cancer patients and Survivors as an Integrative Therapy Artist at Little Company of Mary Hospital in Evergreen Park for 18 years.  She feels privileged to share her passion and joy with the wonderful women in her classes.  A watercolor artist, Carole paints in a photo realistic style.  She attempts to immerse herself in  the attitude and history of her subject matter hoping to capture the beauty that exists in the old, rusted and weathered doors, windows, door knobs and mailboxes... each with a unique story to tell.