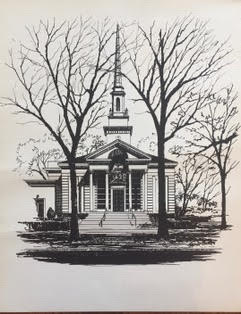 This church was on Catherine and has since been demolished

Steve G. Botes was born in Chicago, IL on July 15, 1927. After graduating from Harrison High School in 1945, he enlisted in the US Navy, and served as a Seabee in the US Construction Battalions - Pacific Theatre until 1948. He married Margaret B. Schmidt on July 17, 1949. Steve obtained an architectural degree from the University of Illinois and in 1955 began an architectural career of more than 50 years. He resided in La Grange, IL for over 40 years, and then retired to Mercer, WI in 2001. Steve enjoyed skin and scuba diving and was a founding member of the Atlantis Divers in 1956 at the LaGrange YMCA. He was also a member of the Cliff Dwellers Club of Chicago, the La Grange Art League.