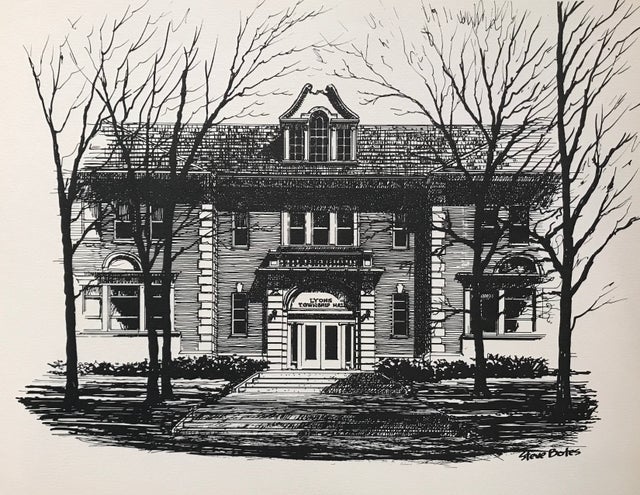 FROM WIKIPEDIA: "The La Grange Village Hall, also known as the Lyons Township Hall, is a historic building at 53 S. LaGrange Road in La Grange, Illinois. Built in 1900, the building houses the offices of the village of La Grange and Lyons Township. It historically also hosted most of La Grange's community events and is home to an American Legion post. The architecture firm Stiles & Stephens of Chicago designed the building in the Georgian Revival style, which was one of the classically inspired styles popular for large public buildings at the time. The building's design includes an arched stone entrance flanked by Ionic columns and topped by a balustrade, brick quoins, a bracketed and dentillatedcornice, and pedimenteddormers on each side of the roof."